Temple lodging in Koyasan, is amazing!

Got up at 7 a.m. and left with the train from 8:15 a.m. heading to Mount Koyasan. When I had to switch trains for the third time I had to buy myself a train ticket. The last leg of the journey was a different Railway company then JR. I paid 3200 Yen for a return trip, that also included unlimited use of the busses in Koyasan and a reserved seat on the train on the way to Koyasan. I calculated that if you buy the tickets separately and only use the bus from the station to town and back to the station you pay around 3500 Yen. Just a little bit more expensive. However, the more you use the bus in Koyasan the cheaper the all included card gets in comparison. On the train, there was a stressed-out couple that hopped on my train and discovered they had to take one later. The conductor told them they had to pay extra for this train and so they did. Not sure if it was more expensive then at the station. Not sure how you get on the wrong train. I mean the ticket says the train number and time right. Otherwise, ask someone if you are not sure. Oh well, it was entertaining for me. 😉 The trip took me about three hours, which I enjoyed. Had me some great food on the train. You got to love those Bento boxes in Japan. Such a great concept and all that great food for just eight Euros. 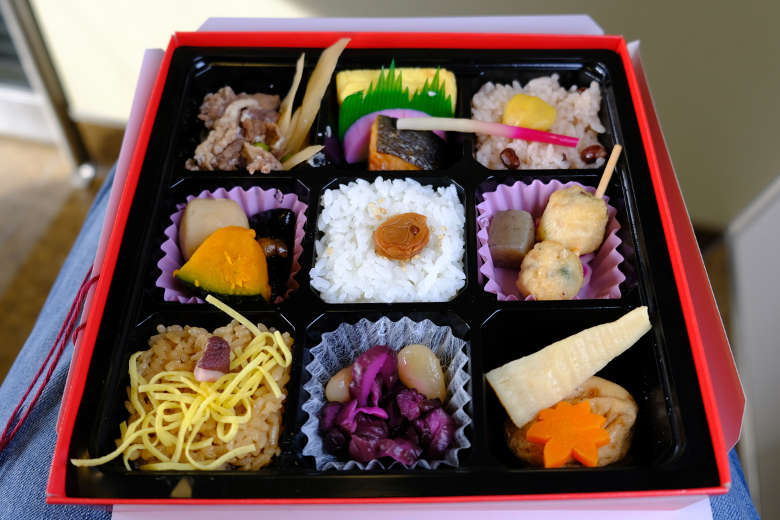 I loved the train ride up the mountain! The last part was with a cable car going up the steep mountain hill. I arrived in Koyasan with the bus around noon.

Check in time was at 2 p.m. so I had myself some lunch first, after finding a nice restaurant. It took half an hour before my food finally arrived, they forgot about me. 🙁 After a great lunch, I headed to Okunoin cemetery. On this cemetery, you can find more than 200.000 graves. The location in the forest with all those centuries-old cedar trees is so beautiful. I took Chinohashi bridge to enter the graveyard. This is actually the old entrance. But a great point to start. I passed along so many old graves. Many overgrown by mos or broken and tipped over. I ended up following some path leading away from the main path. I had no clue where it was leading me. 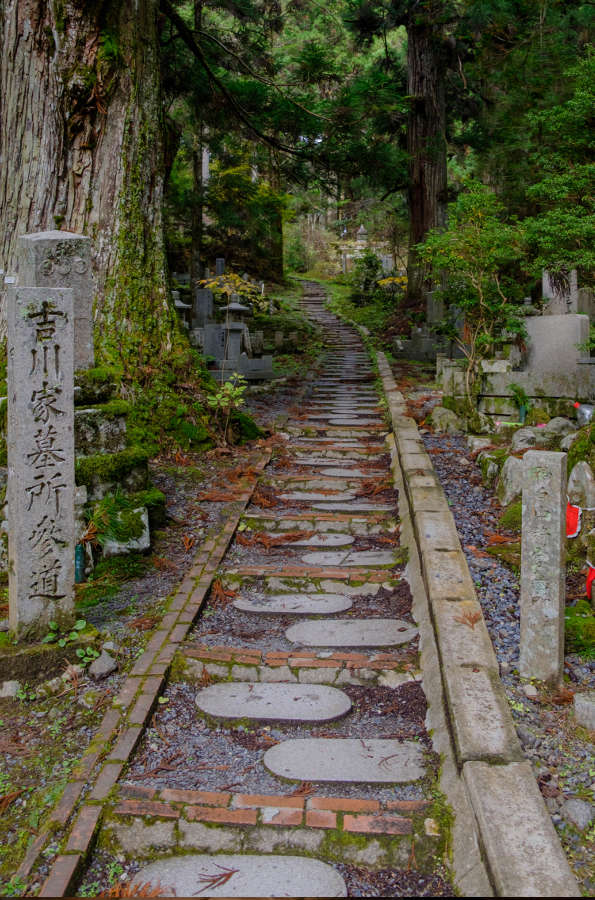 I kept following the path, after a few hundred meters I walked off the cemetery. No punishment because then I saw this. 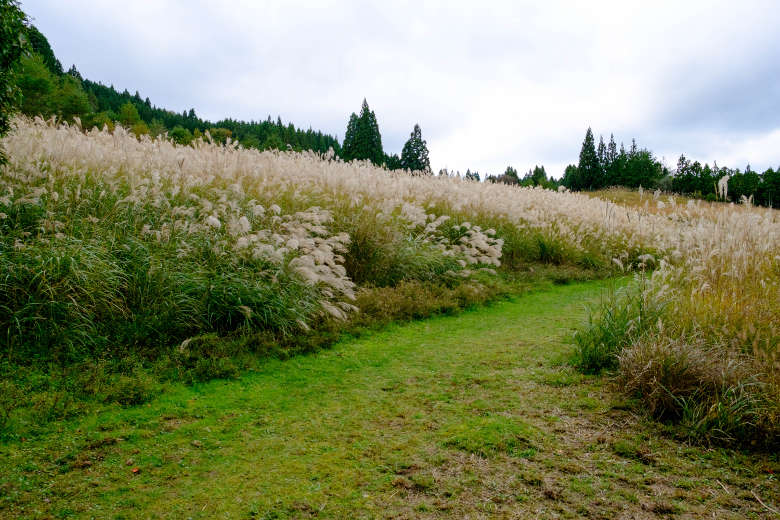 Once back on sacred ground, I continued the path and enjoyed my surroundings. There were relatively few people walking around, which surprised me. until I found out why. They arrived with busloads at the new entrance. Most of them only walked around the new area and the tomb of Kobo Daishi. It’s said that Kobo Daishi continues to concentrate in meditation on the liberation of all life. Unfortunately, no pictures were allowed. But I can you tell that it is a beautiful place to visit. Also near the mass tourism entrance, there were beautiful autumn colors to enjoy. 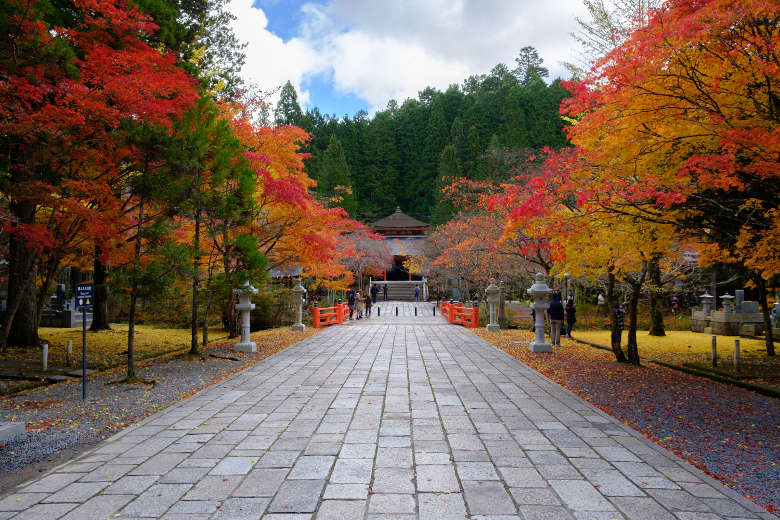 I went back into the forest, leaving the hordes of people behind me. Such a shame that people want to be taken by the hand so often. That’s why they miss so many beautiful things to enjoy. Maybe for the best. It was way better without the crowds anyway. 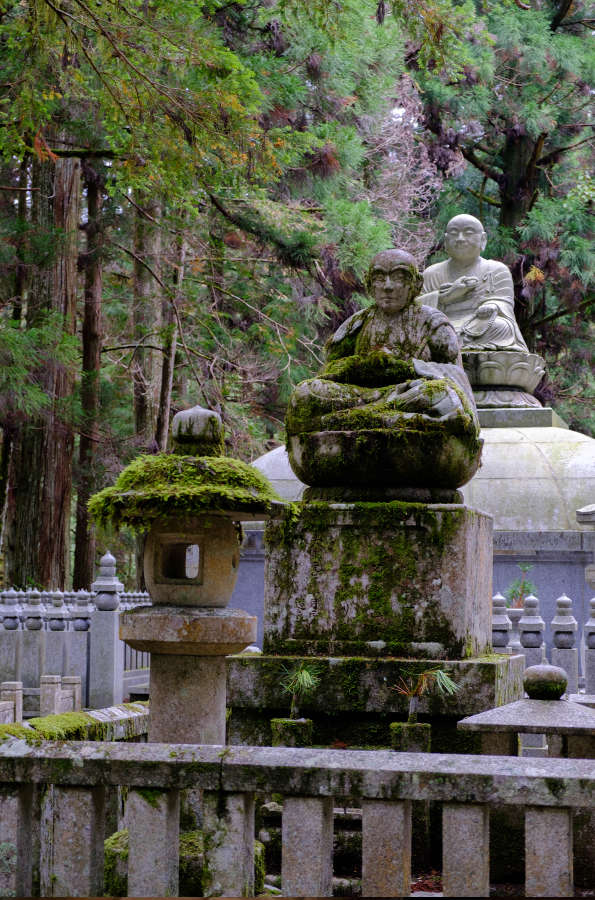 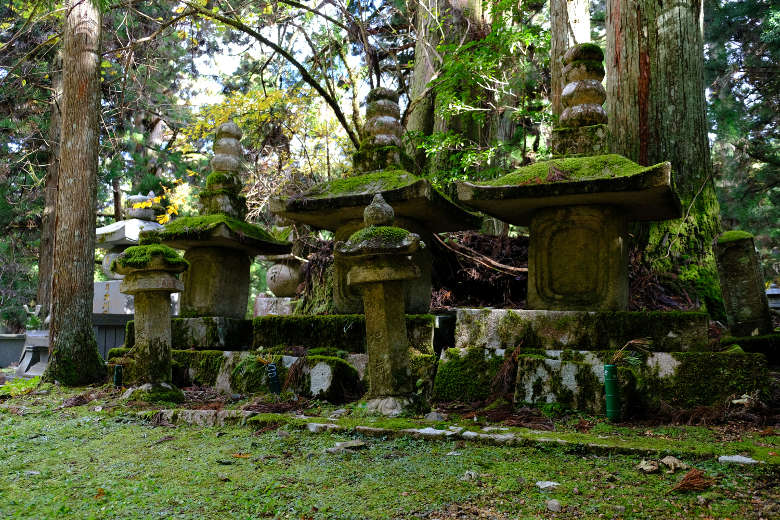 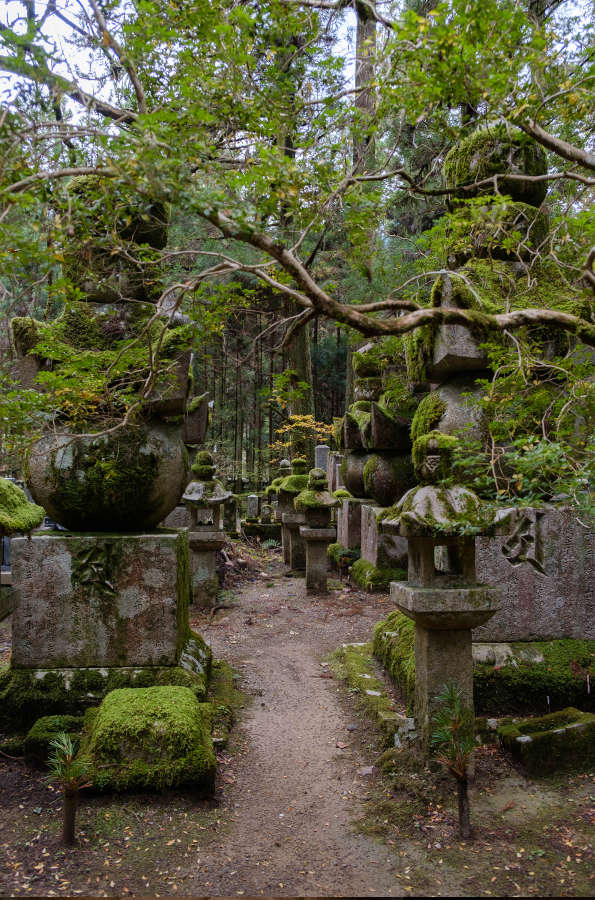 My feet were tired in their Japanese sneakers and started to protest when I arrived back in the village. Time to check in, shoes off, shoes on and shoes off again. A monastery what can I say. 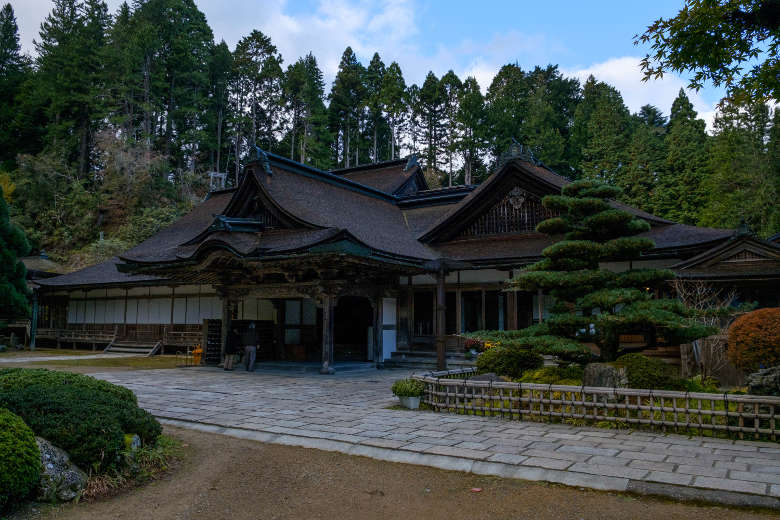 The monk took me to my room and I stayed there for a while. The food was going to be served around 5:30 pm. So I decided to head back into town and just walk around for a bit enjoying the serenity of this town. 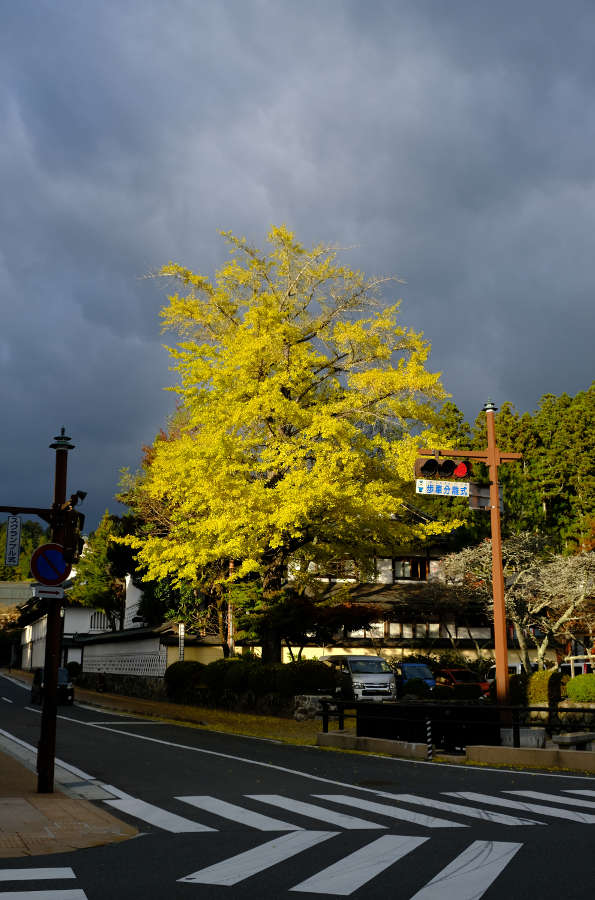 When I arrived back in my room around 5 pm it didn’t take long before a monk came along with my food. I asked him about the strange smell that was lingering in my room. I just couldn’t place it. They burn incense in the rooms in the morning. The food looked amazing and tasty. And tasty it was. 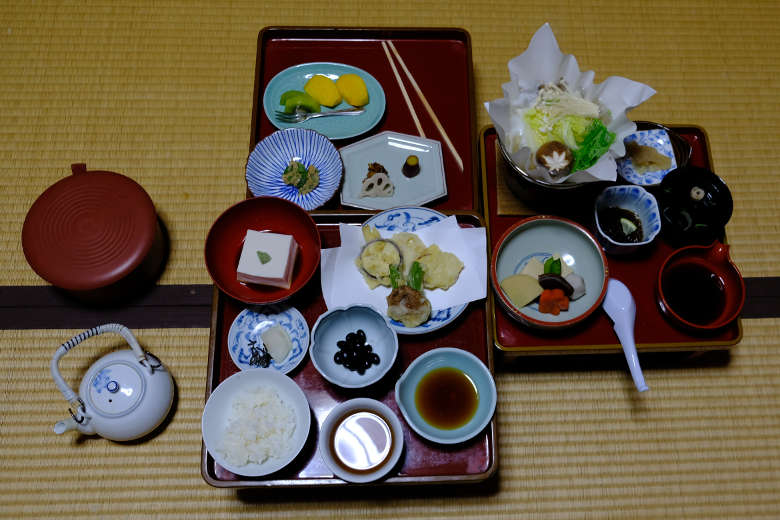 Later on, a somewhat older monk came to my room, because of my question about the sent. He spoke a little bit of English and he told me about the incense once more. He also explained things about the ceremony in the morning. Loved it! When we finished talking he made my bed. When he left I returned to the cemetery. No one around, it was already dark after all. Still walked onto the cemetery. Creepy hahaha. Every sound is louder somehow when it’s dark and creepy. After a while, I headed back. Walked back on once more and I finally saw some people walking. However being alone in the cemetery was way more exciting! Around eight o’clock I went to bed, wrote this post and went to sleep. Besides, I couldn’t understand Japanese TV anyway. Well, I guess I can follow a cooking show. Also, the wifi / mobile internet did not work all too well. Sleeping is a good option then. 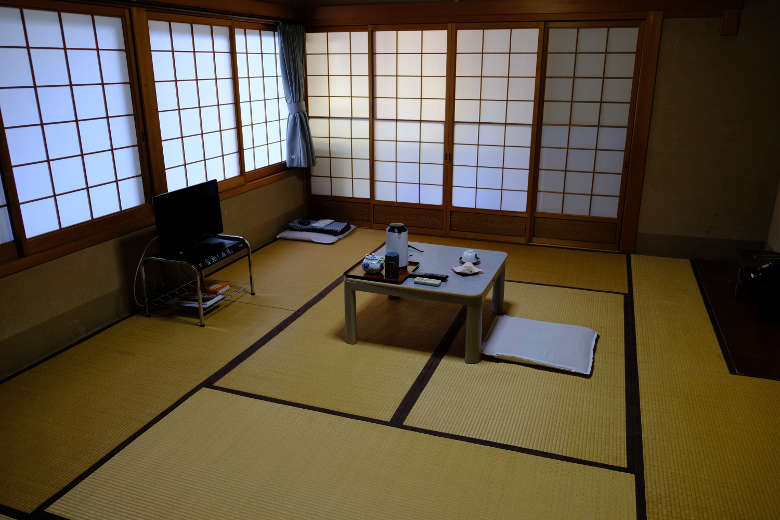