Had me some breakfast at the hotel, it was included so why not. Before I headed off to Lake Chuzenji, I reserved my train tickets to Nagoya and bought a day pass for the bus. Lucked out with a seat in the bus, loads of people took the fifty-minute drive up to Lake Chuzenji. A lot of hairpin bends up the hill. When I arrived, it was really foggy. Against better judgment headed down to the waterfall.

First I walked up to the observation point. I could hear the waterfall seeing was a different story. Again against better judgment bought a ticket and descended about 100 meters with the elevator. Did I have a better view? You be the judge.

After considering what to do, I decided it was a better plan to take the bus back to Nikko. No seat this time so had a lovely ride down with all the hairpin bends. Went off the bus before we reached the stop where I got on, to do what I ended up not doing yesterday.

Kanmangafuchi Abyss was formed by an eruption of nearby Mount Nantai. The abyss houses seventy statues of Jizo, the God who cares for the deceased. The walk there from the bus stop was about 1.5 kilometers. The walk there was beautiful, partly through the woods. 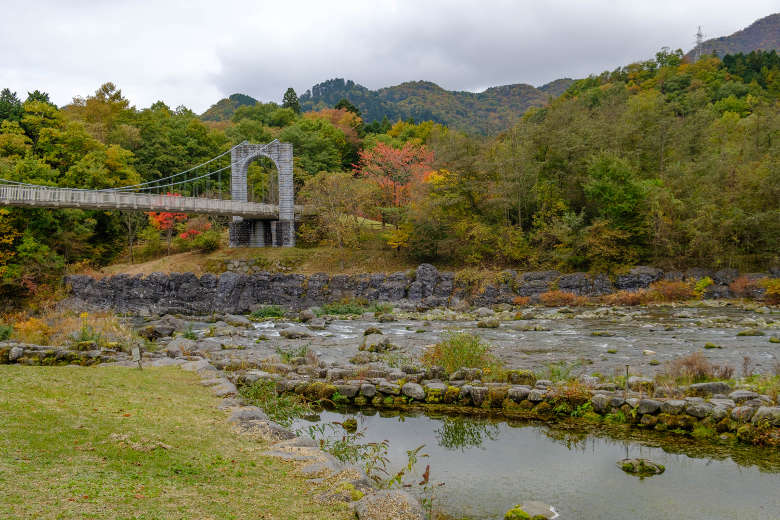 Before I knew it, I was walking over the nearby cemetery. 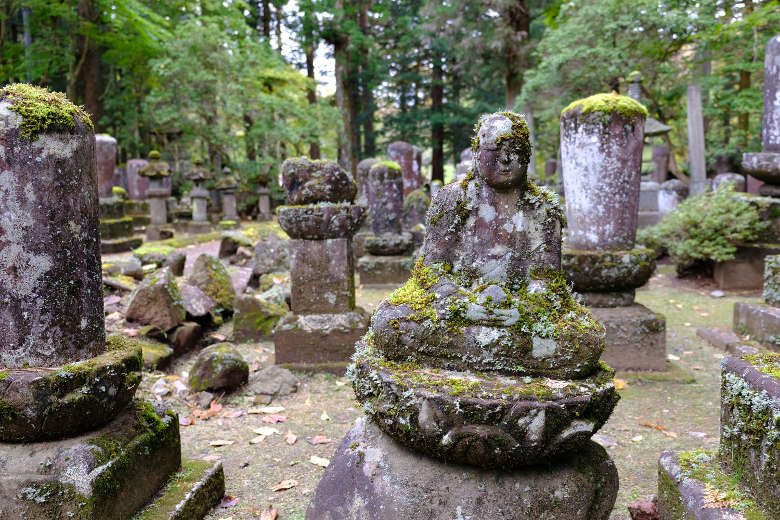 After going down some steps, they were sitting there on my left looking out over the woods and water. Unfortunately, not all of them survived. 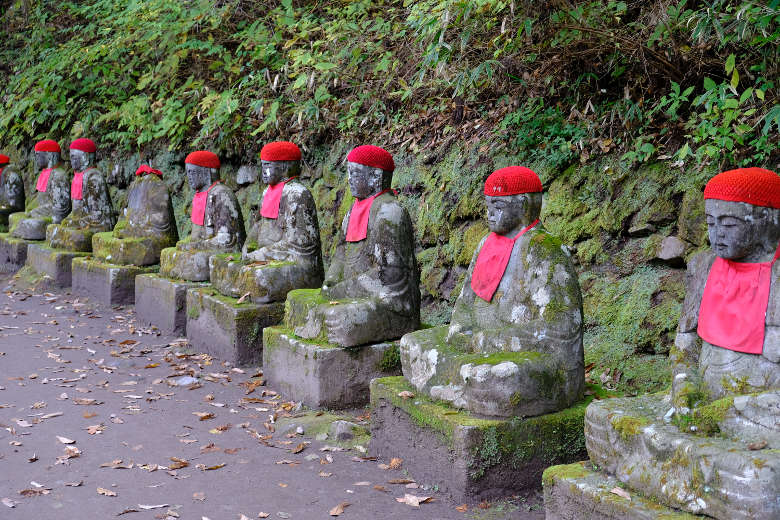 The path to the other side of this trail is only about 900 meters, but definitely worth it. Would not want to have missed this little side trip.

Once back at the bus stop I just missed the bus, too bad. Fortunately, the buses drove frequently. The sun started to shine, and I decided to take another bus ride back to Lake Chuzenji. Right after I picked up my winter coat from my hotel room, was chilly up there. Maybe ate a piece of cake and two small green tea KitKat’s while I was up in my room. An alternative lunch so to say. Back on the bus, I was able to sit again. When I arrived up the mountain the fog was dissolving; however, it didn’t look like it would completely disappear. Started back at the waterfall.

Had to buy another entrance ticket. Wasn’t so fast this time, loads of school kids. All good since I was able to see the waterfall this time around.

After multiple pictures, a group of people asked me to take a picture of them, no problem. After the picture, they suddenly also wanted a picture with me in it. Hahahaha. We all left back to the elevator at the same time. While we were waiting, they asked me to become friends on Facebook so they could send me the picture. They were a happy bunch of people. I liked them a lot. Of course, I connected with Facebook and have two new Facebook friends now. 😛 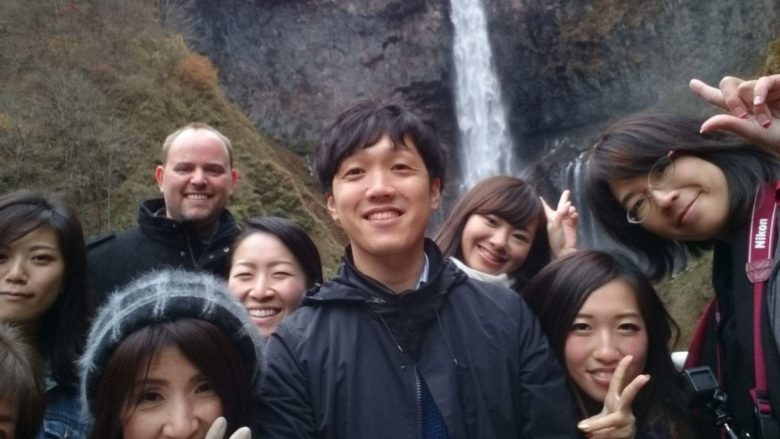 I send them this picture of the Kegon Waterfall later on. Because it was so beautiful. 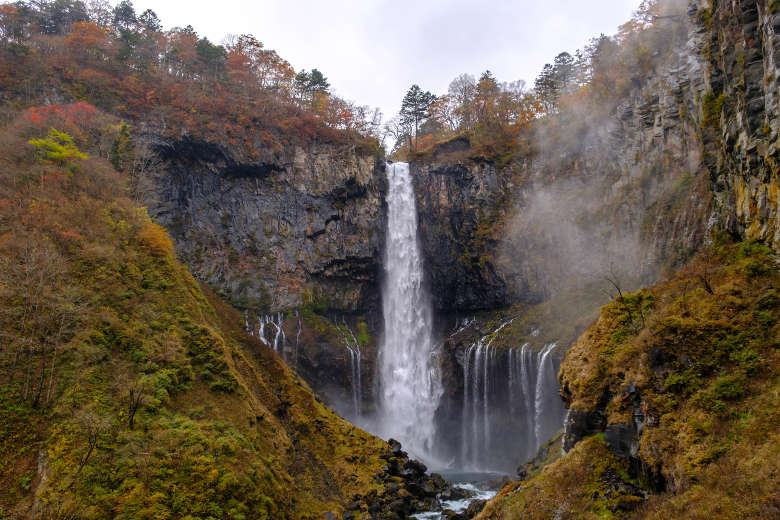 Wanted to go to an observation point looking out over the lake. According to Google maps, it was a two-hour walk. Didn’t feel like it and there wasn’t time for it either because sundown was at 5 p.m. already. Maybe there was a bus going there, but I was perfectly fine walking along the lake. Besides, it was still foggy and that would spoil the view anyway.

The lake situated in the mountains above Nikko was formed after an eruption of Mount Nantai blocked the valley below 20.000 years ago. There I was walking somewhere in the twilight zone between clear skies and thick fog. The walk along Lake Chuzenji was fantastic, with beautiful views. A little bit chilly and the lovely colors of the trees. More importantly, no rain and the fog gave it a great atmosphere. I enjoyed myself and my feet had to work hard. The pictures can tell the rest of the story. 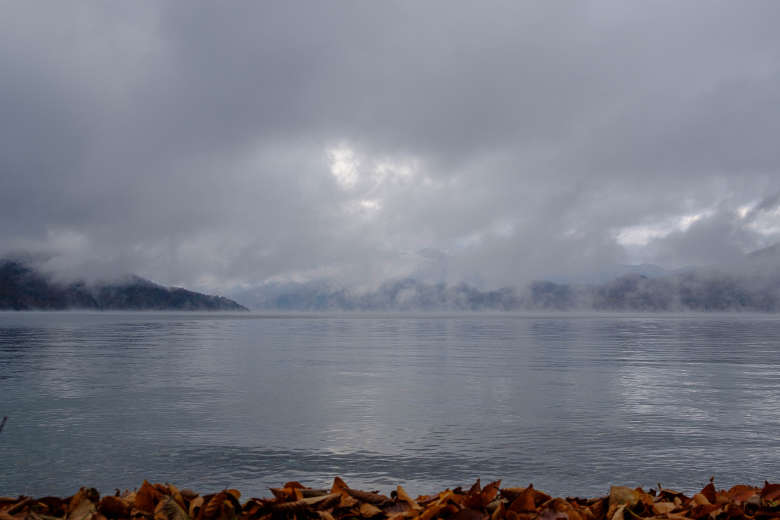 Not as they used to be. 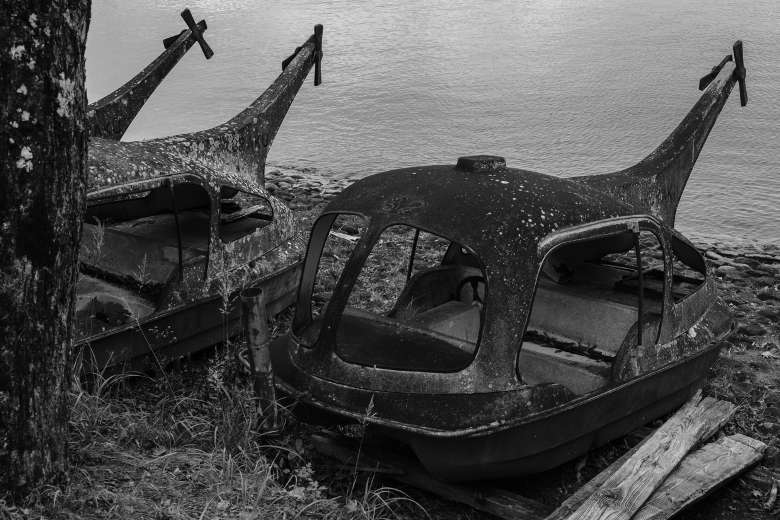 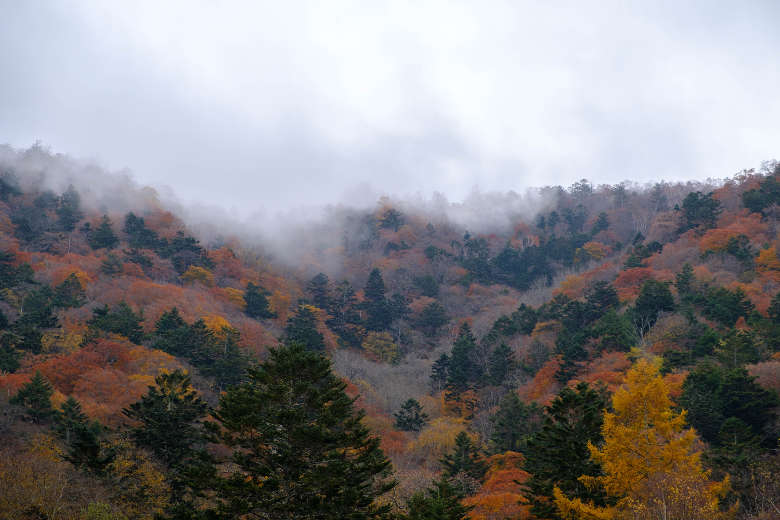 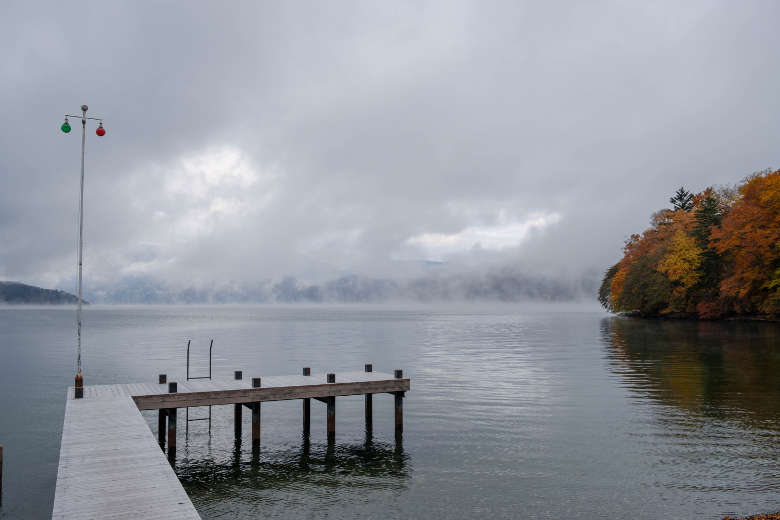 Back on the bus to Nikko again, I had to stand once more. Going up sitting, going down standing. Because it was dark already, I had a hard time recognizing the surroundings. So I looked on Google Maps. Oh my god, I ended up in the wrong town. Wrong bus! Looked immediately how to get back to Nikko. Two hours by train aaaaagh nooo. 😯 Soon after, it became clear Google was fooling me, we were in Nikko. Was so relieved, wasn’t in the mood for a two-hour train ride. Around seven had dinner in the hotel restaurant. This town is dead after 7 p.m., To be honest, if you go to Nikko you come for the culture and nature, not for an amazing nightlife. I think that more restaurants are open around the lake area, if I ever go to Nikko again I will try a hotel over there.