Last winter a trip I made, popped up in my mind. Destination, Kuusamo, Finland. I made the trip with Josse and Nicole old colleges of mine. We won an incentive at work from Sony. Never say no to a free journey.

Through the dark woods of Kuusamo

After we arrived, it didn’t take long before we were suited up into warm clothes, sturdy shoes, comfy gloves, and holding a helmet. Of course, I figured we would be playing around with snowmobiles that weekend. Didn’t expect it to be an hour after we got off the airplane, to be honest. The people who organized everything had a tight schedule, after a how to use a snowmobile speed course we drove off into the dark woods of Kuusamo. We weren’t the only people who won this trip I think we were with around fifteen people. Once we drove on the narrow forest path, we couldn’t help ourselves and formed a leading group. Amazing experience to race through a dark forest! Well, until I met a small hill along the path followed by a turn to the left and the right. Made me lose all sight, the light of the snowmobile didn’t help. With a reasonable speed, I rushed off the path into the deep snow. Trust me I tried to correct the best I could, but it was hopeless. The snowmobile drove itself deeper into the snow. 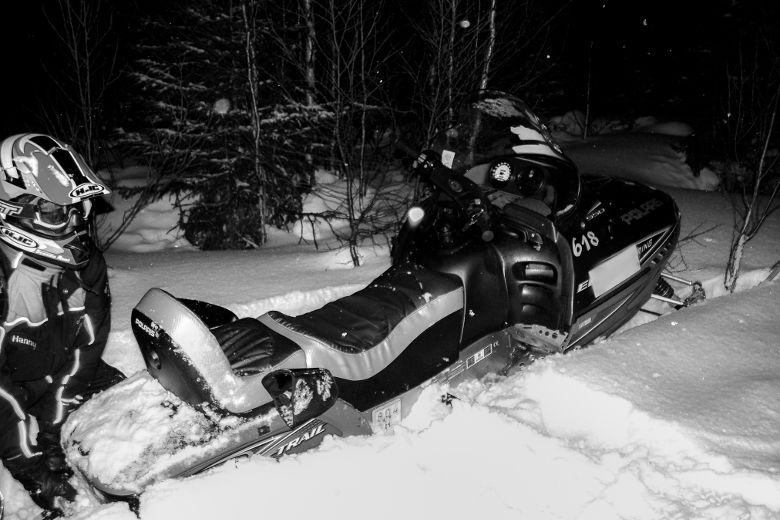 On the forest path the snow was nice and compressed, once of the road, it was an entirely different story. Someone from the organization freed my snowmobile (a man with experience). Everybody was able to continue after the traffic jam in the middle of nowhere. The drive was fantastic and there was just one more incident (not mine this time) before we arrived at the Russian border. Right out of the movies a wooden tower, barrier and cabin in the woods by night. Border patrol walked by us checking our passports and watching us sternly. Someone of the organization had to come along with them into the cabin, after about ten minutes we were allowed to cross the border. The story was that the border was already closed and they paid money to let us through. Will never know if this was true or not. A short ride later we arrived at some wooden cabins for the night. We had reindeer for dinner did some drinking and of course finally fell asleep in the cabin for the night.

Daytime, finally get to see something of Finland 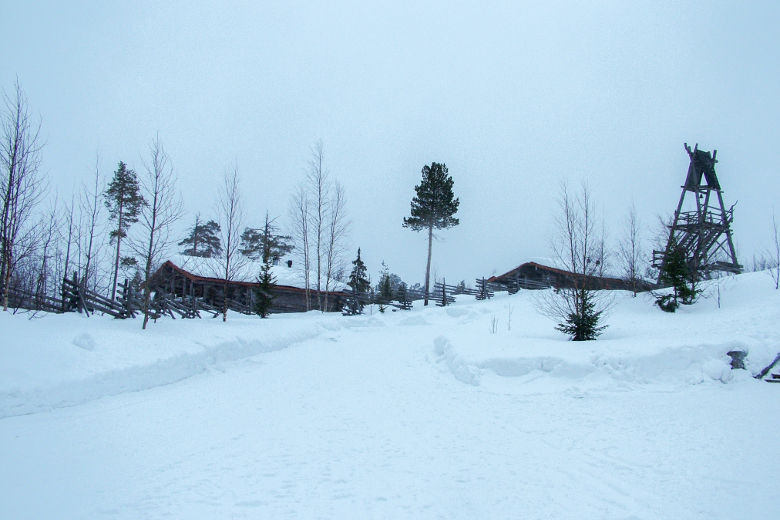 Nicole and I didn’t sleep well; we were the first standing outside in the snow while everybody else was still sleeping. Enjoying the silence of the snow covered Russian woods. Once everybody was awake, and back on their snowmobile, we returned to the forests of Finland. Josse laughed so hard when I went off the road. Well, at least I went off the road in a dark forest. 😉 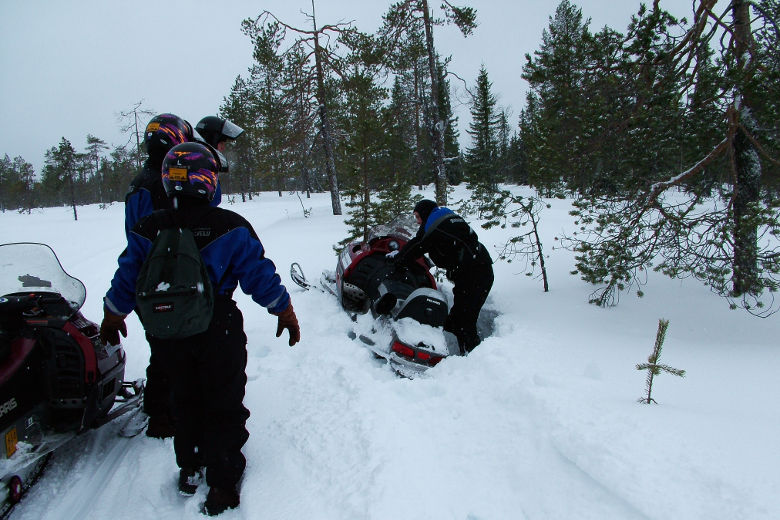 Now he caused the traffic jam. 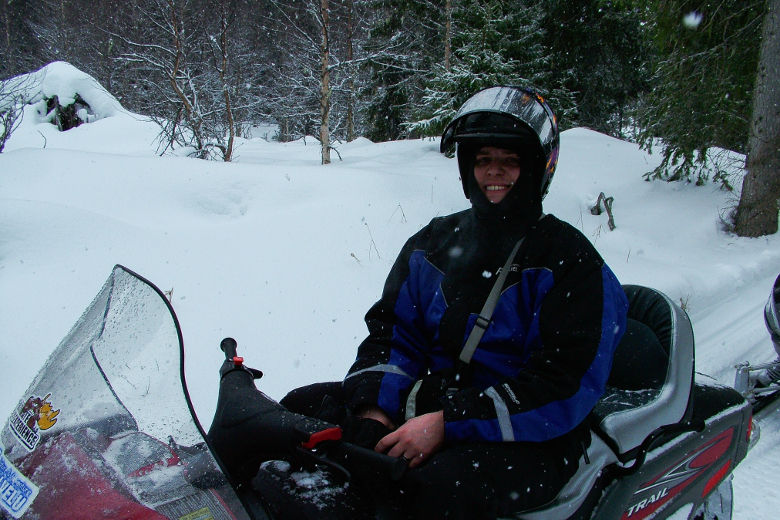 A reasonable long ride later, we arrived at a frozen lake. The trail in the snow made by people that crossed the lake previously marked the path we had to follow. A long straight track, the time was there to push the engine and race over the frozen lake. So fast, an amazing experience.

Getting launched by sled dogs 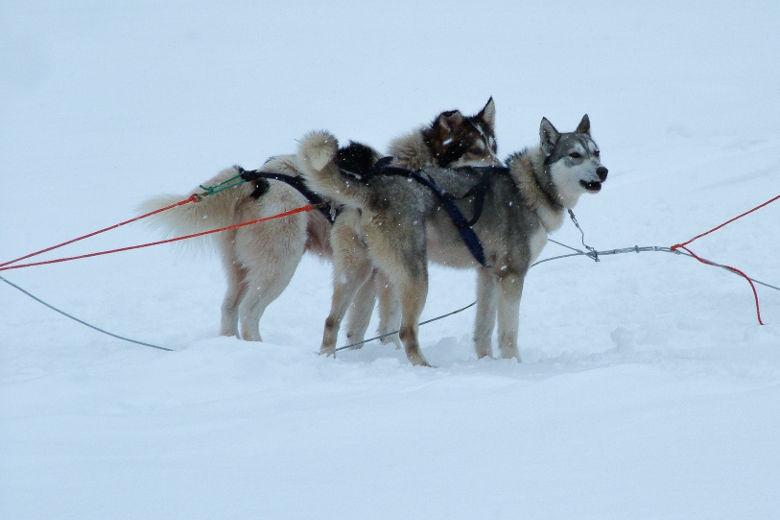 On arrival, it was immediately clear what they planned. Sled dogs! Nicole and I went together, she was steering and me, I was sitting in the sled being lazy. We were supposed to switch places later on. Those dogs loved to run. It went well for a long time. Just when I was putting my camera away a curve came up. The speed was too high, and Nicole and I got launched off the sled and dropped in the deep snow (the snow was about waist deep) a few meters further. My camera went for a record and fell even further. After retrieving my camera, we had to walk back. The dogs didn’t care too much for us and just went on. Had so much fun, just amazing. 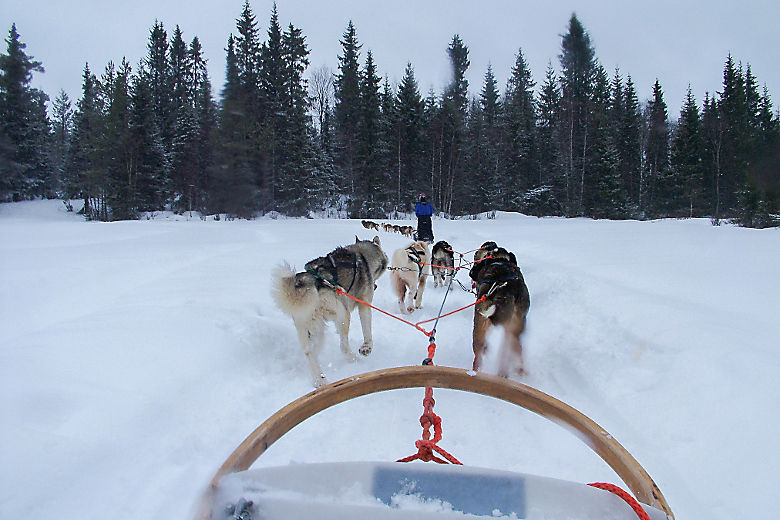 For lunch, we had Lohikeitto (Finnish salmon soup). Underwhile enjoying the great Atmosphere of the wooden huts, snow covered woods and the wonderful soup. 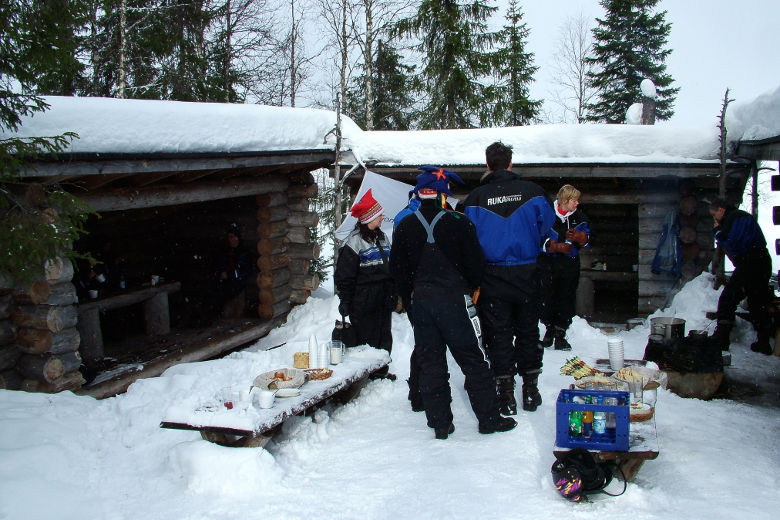 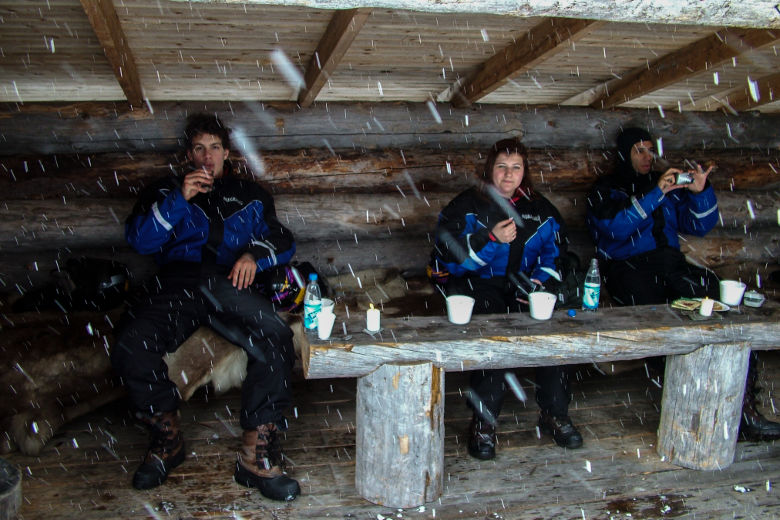 Around 3 a.m. we arrived at the hotel in Kuusamo, for our last night in Finland. The three of us walked around the town and relaxed. There is even ski slope in Kuusamo, didn’t do it. Don’t know how either. We had dinner and drinks in the night, and before we knew it, we were on the bus back to the airport.

What an amazing experience.

Ever been to Finland in winter or planning 2?

Let me know what you enjoyed most about your trip or plan to do.