Hiroshima and Miyajima a day of contradictions.

I wanted to sleep in but woke up at 8 a.m. Got up and headed down to the cable car to head up the mountain. After a short ride, I arrived nearly at the top of Mount Misen. 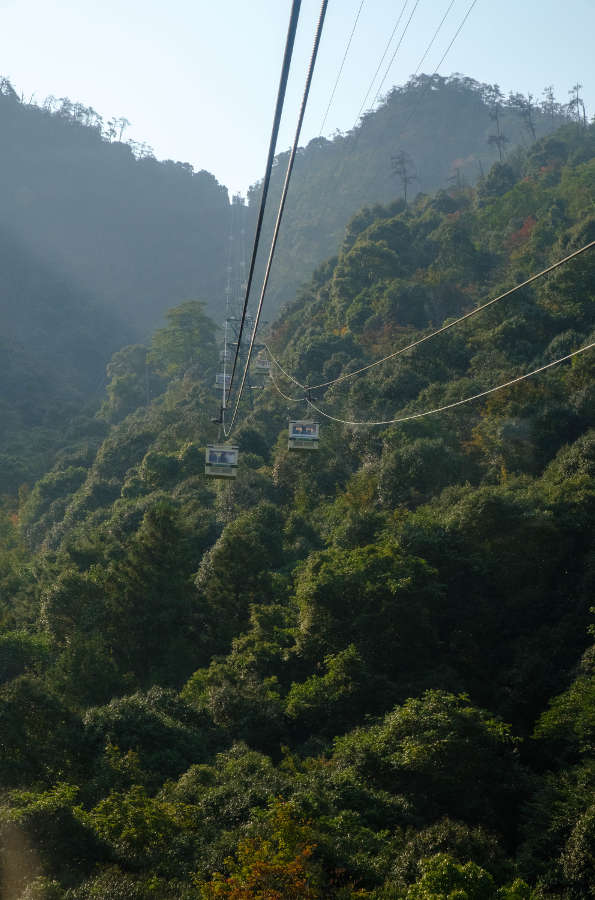 Obviously, I wanted to go all the way up. The only way to do that was by foot so I started walking up Mount Misen with a height of 535 meters, the highest mountain on Miyajima. Thankfully, I only needed to do the last part.

The text on the picture below says: here I needed to go. 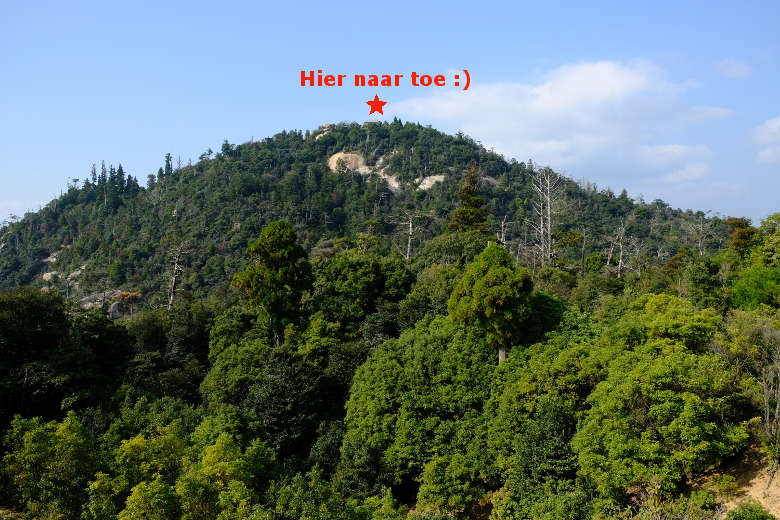 Half way up the hill I wondered why I wanted to go up there. Walking uphill for forty minutes isn’t relaxing for me to be honest. 😉 After I arrived on the top of Mount Misen, I was excited again and happy I did it. 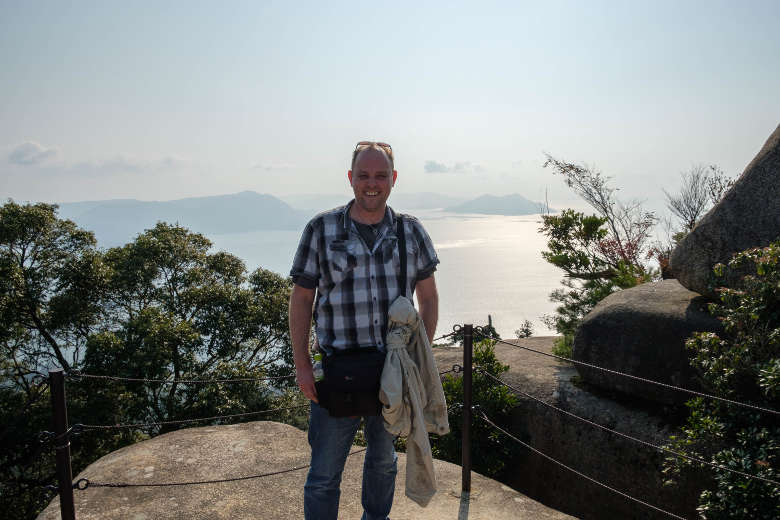 Besides the walk downhill is much easier. The 360-degree view was fantastic, and the weather couldn’t have been better. You can find a panorama picture here.

When I walked down, I saw a lot of people walking up, and clouds moving in. Perfect timing. 😎 When I arrived at the foot of Misen, it was even busier than I expected. So happy I didn’t have any queues in the morning. Tip; come early to avoid the crowds, around 9 a.m. is good I think not later if possible. On my way back to the hotel I decided to try a grilled Oyster, and I actually liked it prepared that way. Nice to know. Back in my room made some tea and relaxed for an hour before I made my way to Hiroshima.

It was a smooth ride from the island to Hiroshima got lucky with a perfect connection. The subway in town took me quickly to peace park. First I visited A-bomb Dome, impressive to see the building for real. 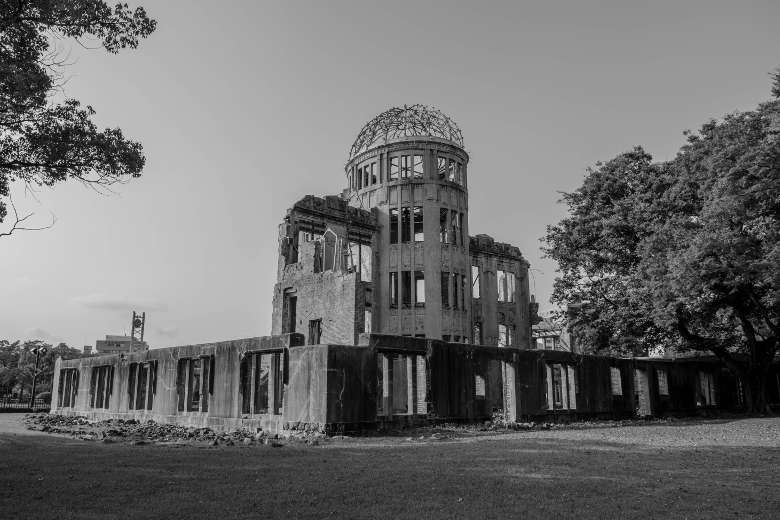 Of course, it’s a piece of history you have to see when visiting Hiroshima, a part of history to be never forgotten. After taking it all in moved on into Peace Memorial Park itself. In the park, Japanese kids stopped me multiple times. They were learning English, apparently I was good practice. 🙂 So cute. Took my time to look around the park and stopped at the peace flame and thought about the tragedy that happened here. 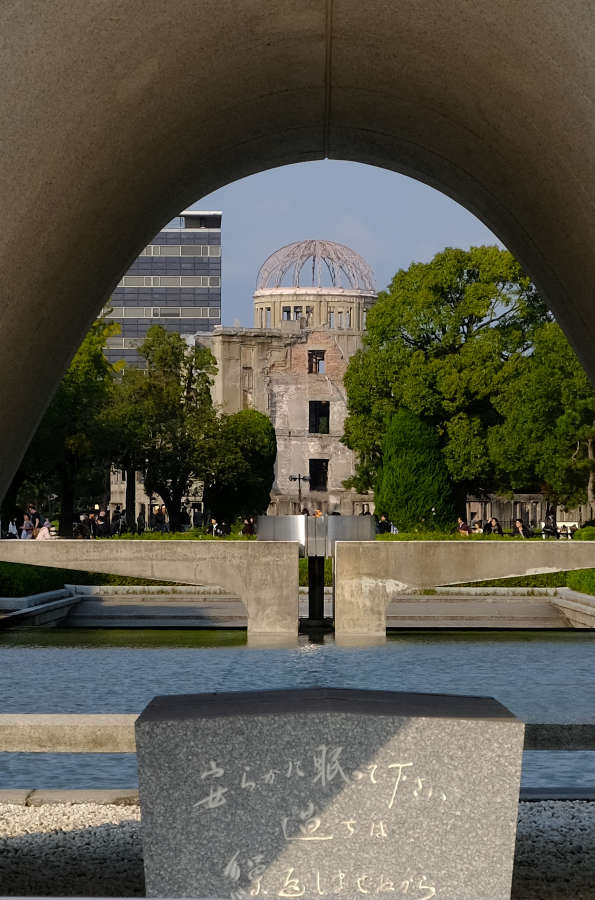 After that, I visited the museum. Everything was so impressive. Didn’t see everything it was jam-packed. Many school kids. It was Sunday, so it was to be expected. Just before I left the museum watched some films about people who survived the bomb. Those stories moved me so much, really brave of them to share it with everyone.

What else did I Do?

Once outside I went to a pharmacy to find some pills against my hay-fever. That’s life I guess, one moment you are filled with impressive history and the other moment you are wrapped up in your own life again. After I found myself the medicine, I visited Hiroshima castle. Obviously a replica. The original building build in 1589 didn’t survive the A-bomb in 1945. Didn’t go inside, didn’t feel like going into the castle. 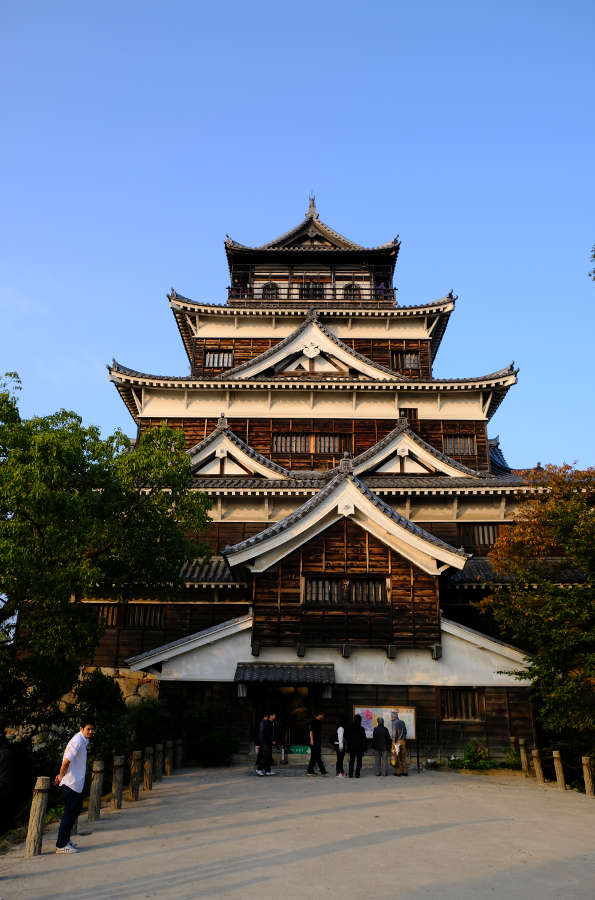 After a boring walk to the station. It was really boring, to be honest. I made some reservations for my train ride the next day and had some coffee with cake. Walked around a bit before I sat down for dinner. Like every time, I loved the food. Made a quick stop at the electronic store for some lens cleaner, before taking the train back to Miyajima. Unfortunately, I had to wait for 30 minutes all alone at the dock. 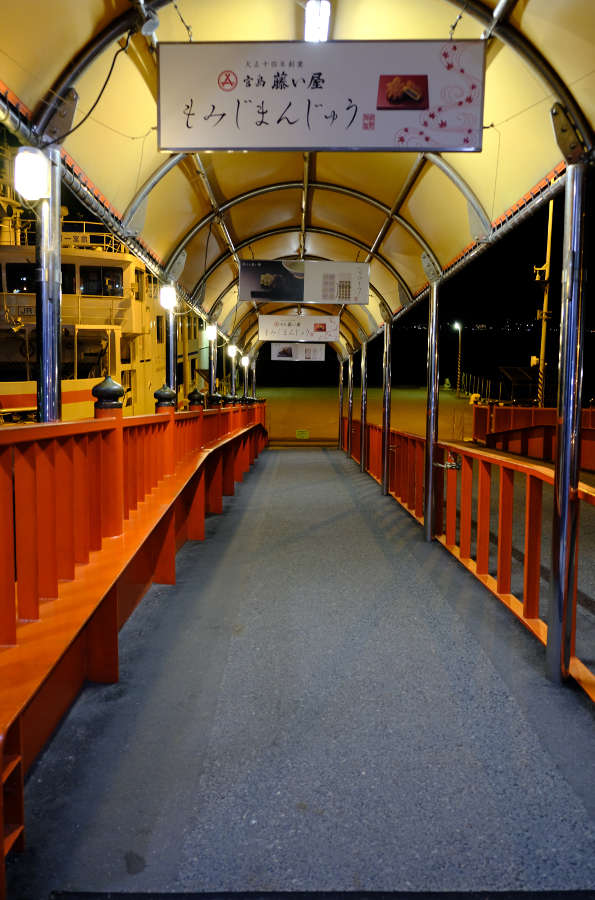 A busy day with loads of contradictions. Next stop Kyoto.

Want to read more of my Japan stories? You’ll find them here.