While writing my blog about Kuusamo, the Lohikeitto, Finnish salmon soup also came up. That was the moment I got such a craving for it that I decided to make it. Enjoyed eating that soup again after such a long time. Enjoy this Finnish salmon soup. 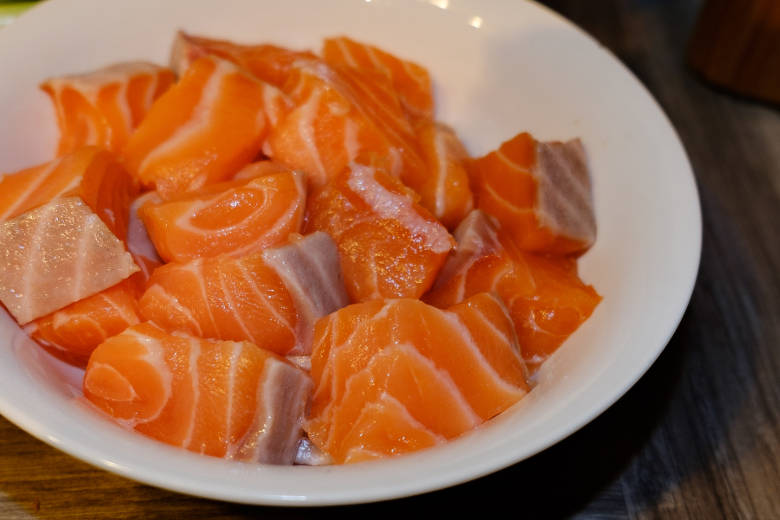 Melt a tablespoon of butter in a  large pan, once the butter is hot, add the onion. Let it gently fry for 5 minutes. Then add the broth (or water and bouillon cubes) and the potatoes. Once the soup boils add the bay leaves, a pinch of allspice, salt, and pepper. Cook until the potatoes are about halfway done.

Then add the cream and stir well. Taste the soup and add additional allspice, salt, and pepper to your own taste. Use the cornstarch if you want to make a thicker soup. If so take a small cup halfway filled with soup, add some cornstarch, stir it until al lumps are gone. Stir gradually into the soup until it has the desired thickness. Add the spring onions.

Once the potatoes are cooked, add the salmon for a three to four minutes. Turn off the stove and at the dill, carefully stir it into the soup.

Serve some buttered dark bread on the side.

It’s also possible to cook the salmon halfway the preparation for 3 to 4 minutes. That way it’s easier to ensure the cubes don’t break down. Divide the salmon over the bowls, add the soup when it’s done.

Put the salmon on a strainer ladle and lower it into the pan and hold it there, that way you don’t have to search for the salmon. 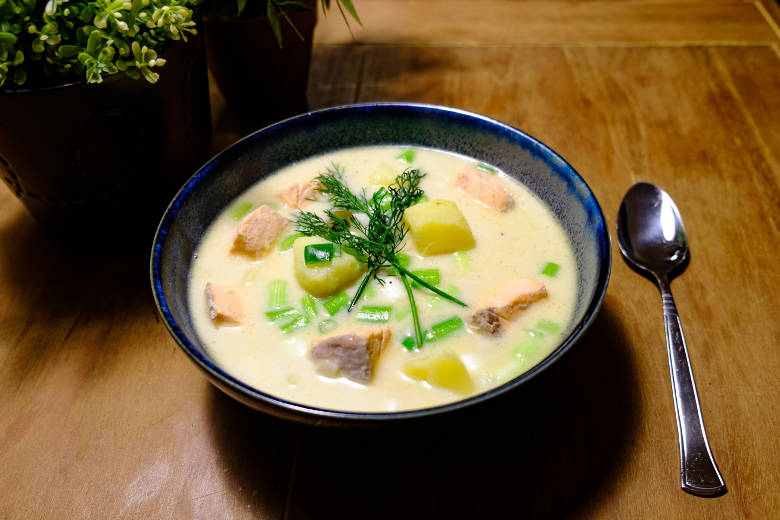 Poached pears, the way the Dutch eat them.

Eton mess, easy and fast to make and...