A grey but colorful day in Kyoto!

Woke up early again, went to bed early, so it made sense. Left the house about 9.30. The sky was grey, but it looked like it would stay dry nonetheless. After one stop with the train, i got off at the first place to see for the day.

Inari Shrine, with its thousands of Torii gates. The visit was just briefly. It was so incredibly busy, more people then Torii gates. With only one stop from the apartment, it wasn’t a big problem. Later in de week, I could visit again, really early. Hopefully, avoiding the first busloads of tourists. Since I was there, I will show you a picture with the least amount of people in it. 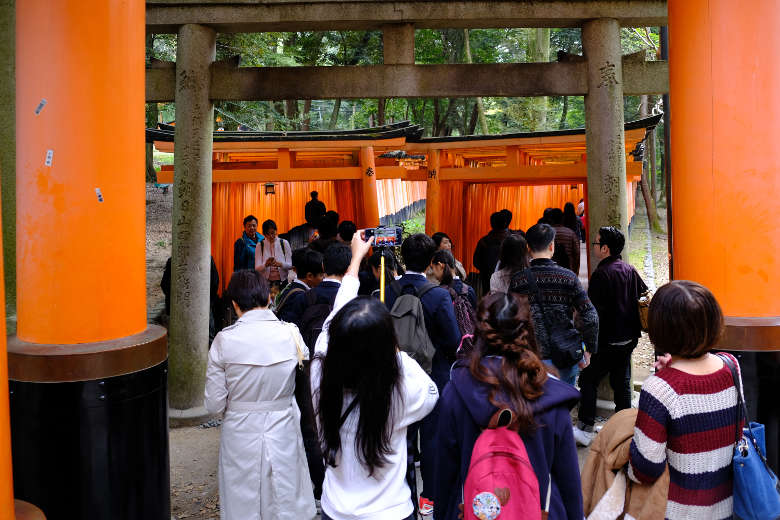 The main reason I visited this beautiful temple was, of course, the autumn colors. The best time is when they are at there peak. But I was there now so didn’t have much to say about that. They were not in full glory yet, still stunning though. The temple got built in 1236. The temple area was less crowded than the previous temple, and that gave me the opportunity to shoot pictures without tons of people in it. As a tourist, you hate tourists when there are too many. Meanwhile, you contribute to it as well, so other people might hate me for being in there picture. 😉 Had a great walk around the area enjoying the beautiful colors. Out of the blue, it started to rain, and of course, my umbrella was still in the apartment. 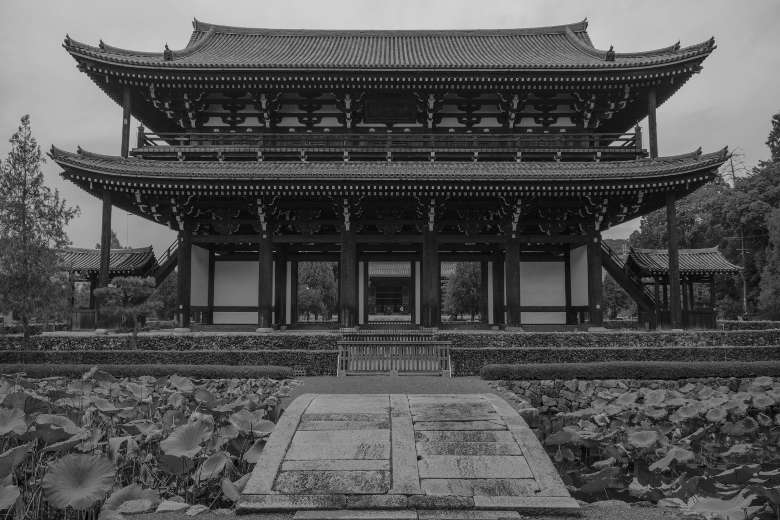 It started to rain harder, while I walked from the temple to my apartment to pick up my umbrella. Once inside it was pouring. I love rain when I am at home watching some television and have a hot cup of tea next to me on the couch. However, my mood took over the mood of the weather. So since the W of wine was already in the clock (twelve o’clock), I drank a little beer since I didn’t have any wine. 😎

After my little healthy drink, I was time to get active again. Back on the train with my umbrella, I transferred to another train at Kyoto station. After a short ride, I arrived at my next destination. 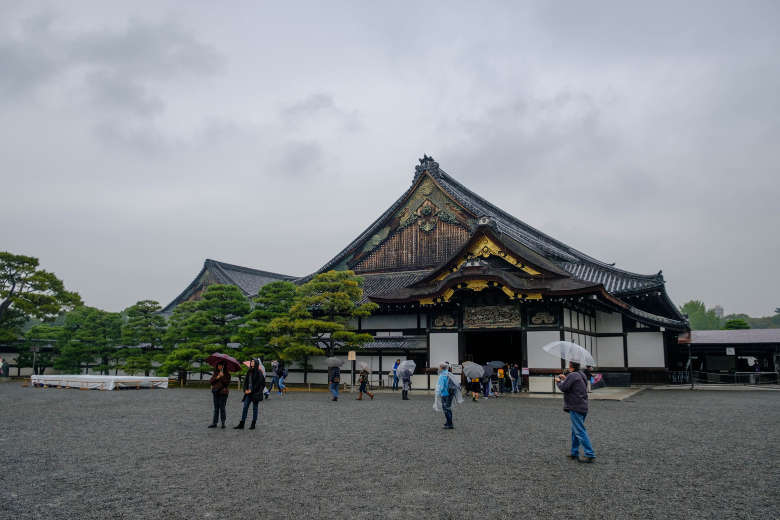 This castle was built in 1603 as the residence of Tokugawa Ieyasu in Kyoto, the first general (shogun) of the Edo period (1603-1867). Loved walking on the grounds despite the rain.

When I entered the building and took my shoes off, I noticed that my socks were pretty wet already. The rooms inside de building were terrific. Unfortunately, pictures were forbidden. Never really understand why it is a problem if you take pictures without flash but ok. May it’s because of the people that don’t know how to work there cameras and are unable to turn their flash of correctly. So I can’t prove I was inside. After walking through the remainder of the gardens, I was off to my next destination. The picture down below is from Nagoya castle. 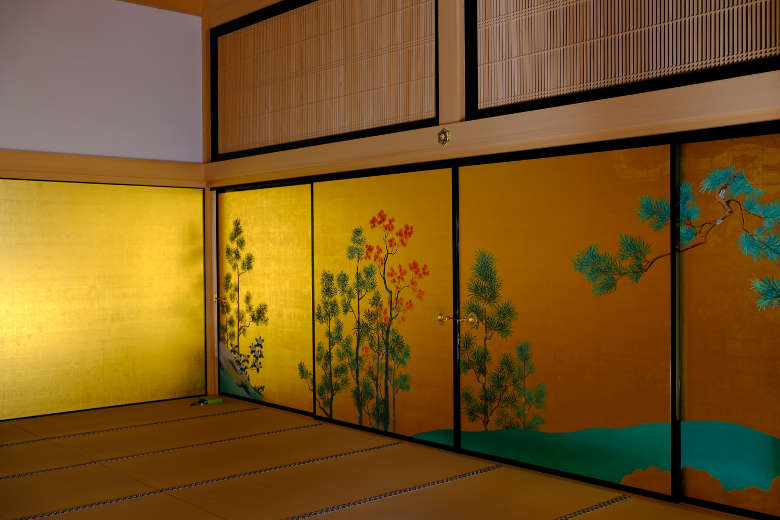 Before I arrived at the palace, I first had myself some sandwiches from the supermarket. My feet could use the walking break. I thought it was closer from Nijo castle to the Palace. Sometimes things look closer on a map. On the bright side, the rain stopped when I finally arrived. I placed my bag in the free locker and entered the grounds (also for free). The palace was the imperial residence until 1868 after which the emperor and the capital moved from Kyoto to Tokyo. The current palace was rebuilt in 1855 after it burned down. It was so much better walking around the area without rain I really enjoyed it. Unfortunately, taking pictures was challenging at times because the space you could back up to get everything in your shot was limited at times. Nonetheless, I am satisfied with the pictures I took. 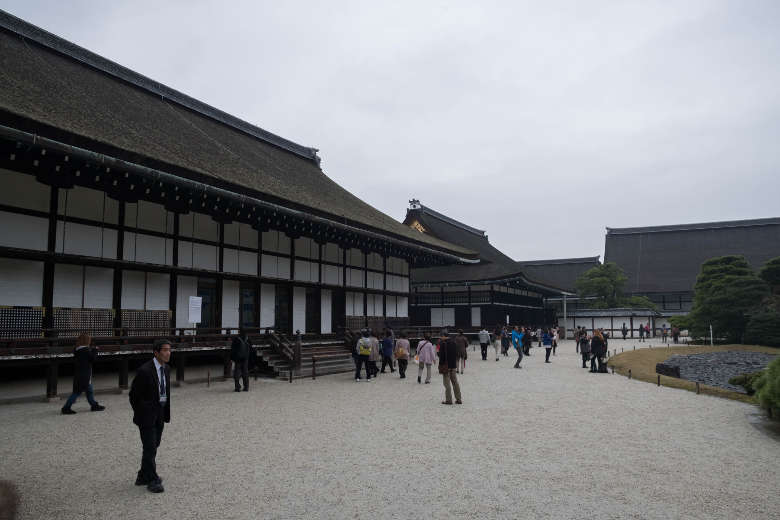 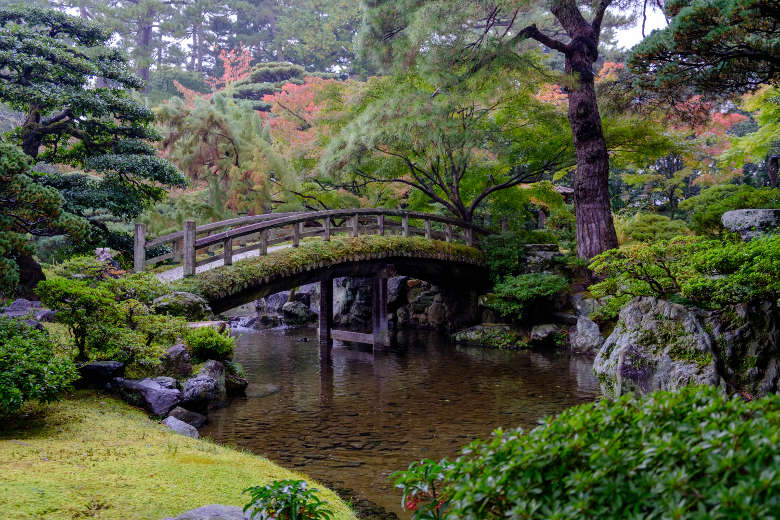 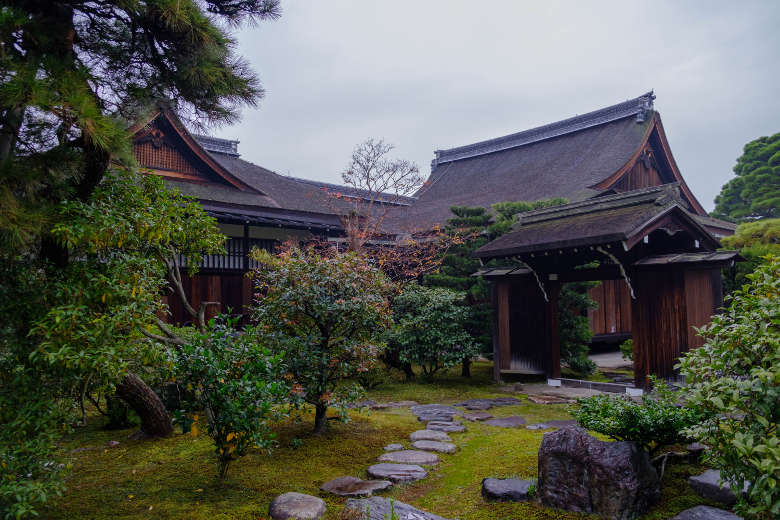 Back in the apartment, it took half an hour before it started to poor again outside. I decided to spend the rest of the day and evening with food from the supermarket inside the apartment.

All in all, a great day with some mood swings here and there, was in line with the weather. Looking back on this day, I loved it.